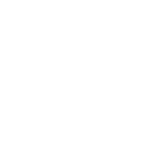 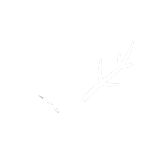 The Data Visualization tool allows users to visualize indicator(s) for a country or more than one country through graphs and charts. Here, users can conduct multi-country comparisons. FOLLOW THE BELOW STEPS: 1. Select the topic, you can always browse among the topics in the header of each topic page then click on international or national. 2. If you select ‘International’, Select the country (ies) or aggregates using the ‘Select countries’ dropdown menu. If no country selected, the system displays the result of all 22 countries by default. If you select ‘National’ then choose a country, then the administrative division and then the relevant divisions from the dropdown menus that appears based on your selection 3. Select the sub-topic from the column on the left of the indicators box. 4. Select the indicator from the box on the right, or use the search button: write keywords and the system filters the indicators related to the topic accordingly. The chart will automatically appear displaying your query for the available years. You can keep the default displayed frequency (annual) or choose the desired one. Compare option The system allows users to select specific countries and specific indicators from the generated graphs and compare them on one graph. Each query performed is displayed on a tab inside the graph, you can check/uncheck countries within the different queries/tabs and the system automatically displays the selection under the “Compare indicators” tab. Please take into consideration that national sources indicators may result in inconsistent comparisons as they are computed based on different methodologies or have incomparable units. On the graph, users can change chart type, add labels, use logarithmic scale, export the graph, and view the latest values on the map

Disclaimer
Given the present scope of the ADP, it does not produce data on its own. What it does is that it publishes a selective list of indicators originally published by either international development agencies or national statistical offices. The value-added of the ADP is that it publishes the indicators in a format (visualization, excel) that can be easily shared and used by everyone, allowing users to save time copying data from static pdf files. In short, the ADP acts as a centralized platform for data published on Arab countries.
MESSAGE!